What Is Breast Reduction Surgery?

Breast reduction surgery is performed for both aesthetic concerns and medical reasons. Larger breasts sag more compared to smaller breasts, appear asymmetrical, and cause the person to have difficulty in finding clothes. In addition to these, breast reduction surgery is also performed for medical reasons such as relieving shoulder, neck, and back pain caused by the size and weight of the breasts or preventing humpback. Intertrigo, fungus, infection, or wounds that occur under the breasts are also among other medical reasons that require surgery.

People with large breasts have difficulty performing some daily physical activities. Although large breasts are often due to genetic factors, excess weight gain, pregnancy, hormone problems, lifestyle can also cause breasts to grow and lose their shape over time. Breast reduction surgery aims to obtain breasts of equal size, symmetrical, and aesthetic-looking.

The surgical procedure consists of removing the fat tissue in the skin and breast. The procedure, performed under general anesthesia, takes 2-5 to 4 hours, depending on the size of the breasts. It is decided from where the surgical incision will be made by evaluating factors as breast size, the position of the nipple, breast tissue, and skin structure. Accordingly, the incision is made around the nipple or under the breast. The incision is closed after the excess skin tissue is removed, and the operation is finished by placing a drain on the area to remove the accumulated blood in the breast. The surgeon should work meticulously to avoid damaging the milk ducts and leave as little scar as possible.

Scars may remain on the skin after breast reduction surgery. The size and visibility of the scar vary according to the technique used during the operation. The scar is smaller when the surgical incision is made around the nipple. The scar between the skin and the nipple is almost unnoticeable due to the color difference in this area. The incision made under the breast is larger and clearer in size but becomes indistinct over time.

It is better to rest at home for seven days after the surgery. It is vital to use antibiotics and pain relievers prescribed by the physician at the specified dose and time. Wearing sports bras during recovery will not only reduce the pain but also play a role in shaping the breasts.

Patients usually start doing light exercises one month after the surgery. However, lifting weights and engaging movements that force the arm and chest muscles should be avoided.

The edema and swelling that occurs after the surgery decrease within three or four weeks. 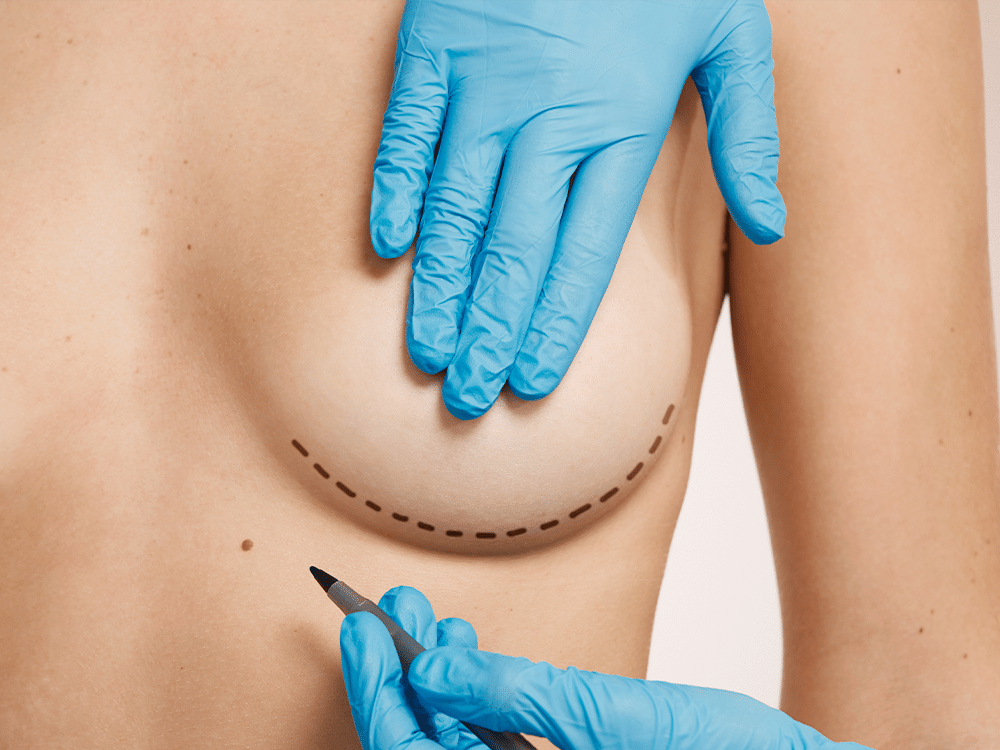