The plasma pen is applied to the skin from a distance. At the distance between the device and the skin, the water vapor and nitrogen suspended in the air react with the energy emanating from the tip of the pen. The ionized skin surface is evaporated as spots. As a result, the skin regenerates itself against the limited damage it encounters.

How Is Plasma Pen Performed?

Plasma Pen therapy acts directly on the surface of the skin, not on the lower layers. Since it provides evaporation in the top layer of the skin, it does not affect the fat and nerve tissues, hair follicles, or capillaries.

It is applied with an anesthetic cream before starting the procedure. Thus, the patient does not feel pain during the treatment. Subsequently, the plasma pen shoots at the target area at millimeter intervals. Depending on the size of the treated area, the Plasma pen procedure can take between 5 minutes and 45 minutes. After treatment, a mesh of tiny brown dots resembling a burn appears in the treated area.

Plasma pens can be performed safely on the entire face, especially around the eyes. Plasma pen treatment gives significant results even in a single session in smaller areas. If the treated area is bigger, more than one session may be required. Sessions are usually repeated 2-3 times a month.

What Can Plasma Pen Treat?

Plasma pen therapy can be performed for the following purposes:

After the plasma pen treatment, the skin should be protected from the sun and UV rays until fully healed.

In the first few days, it is possible to develop edema, blemishes, and crusts. You can use the solutions prescribed by your doctor to reduce edema. The scabbing on the skin surface heals in a maximum of 5-10 days; these wounds and scabs should never be handled until they heal on their own.

During the recovery period, patients are advised to cleanse their skin regularly with a neutral soap at pH 5.5. Avoiding the use of products contacting alcohol on the skin and complying with the hygiene rules are the best measures to be taken against the risk of infection.

After the treatment, patients can return to their work and daily life on the same day. 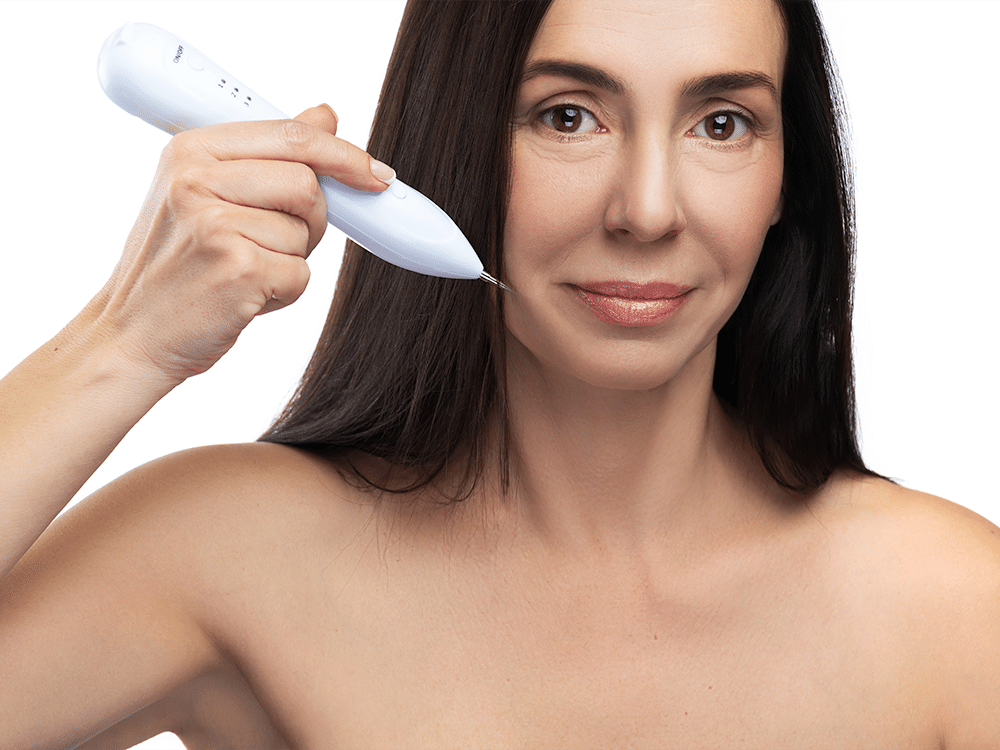