What Is Keloid Scar?

Keloid occurs when cell production continues despite the end of the healing process after skin deformations such as wounds, inflammation, acne, surgical cuts, vaccination scars, burns, chickenpox, insect bites. Under normal conditions, cell production should cease once any scar on the skin has healed. In the opposite case, excess tissue accumulates in that area, and Keloid scars appear.

In short, Keloid, a skin deformity that occurs as a result of excessive healing of the wound, is mostly seen in the chest, back, shoulder, lower leg, chin, under the chin, and ears, between the ages of 10 and 30. It is rare after 30 years of age. Keloid scars are more common in people with dark skin tones.

Although Keloid does not pose a health problem, it is aesthetically disturbing as it creates a red and swollen appearance on the skin. Fractional laser therapy and Keloid cortisone treatments are often used in Keloid treatment.

A Keloid scar may be pink, red, or flesh-colored. The texture of Keloid is elastic and hard like plastic, with the appearance of irregular and shapeless lumps.

Medical Treatment: It is the most used method in Keloid treatment. Keloid creams with cortisone, retinoid creams, imiquimod, and silicone-containing creams are used.

Surgical Intervention: Because Keloid can recur at a rate of 50-100% after surgical interventions, this method is rarely preferred. After the surgery, Keloid formation is tried to be prevented by using silicone covers and gels.

Intralesional Steroid Treatment: It is one of the most used methods in Keloid treatment. It is done by injecting cortisone into the wound. More successful results can be obtained when cryotherapy and fractional laser treatments are applied together.

Fraxional laser: It is the most effective treatment method for Keloid scars. Fraxel Dual aims to regulate the amorphous structure of the skin, thanks to the elastin and collagen stimulation it provides. It is applied at intervals of 3 weeks and an average of 5 sessions to achieve effective results. After each session, a decrease in Keloid scars is observed. Fraxel Dual laser therapy gives excellent results when applied as a complement to Intralesional Steroid Therapy. 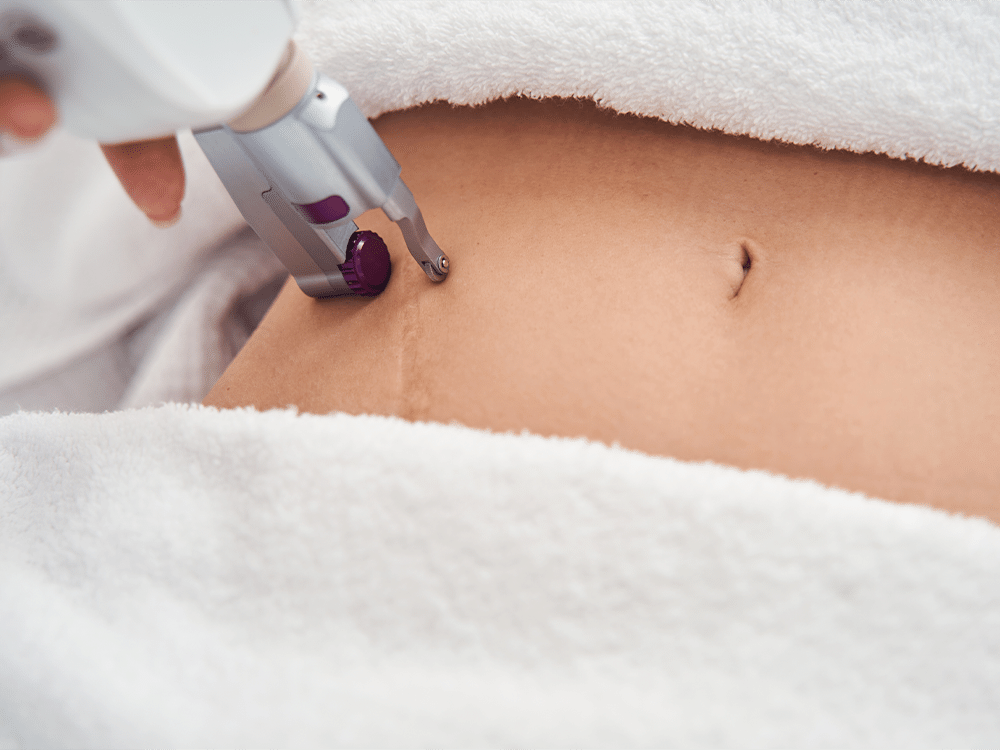